Wheaton names Drivers of the Year

Announced Thursday at its virtual Van Line Summit & Awards Gala, Wheaton World Wide Moving awarded top honors to three Wheaton drivers Drivers of the Year. To be eligible for these awards, individuals must first earn a Driver of the Month award between January 2020 and December 2020 and consistently provide superior service to Wheaton’s customers. By their excellent records in claims, customer service and safety, these drivers are among the best in the van lines’ fleet. 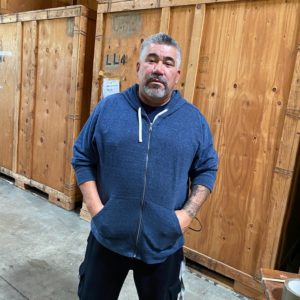 Joseph Estrada is a natural at the household goods industry. He says he does his best to read each customer and determine just what it is that that will make them most comfortable with him taking control of their worldly goods. Beyond taking care of customers in the normal realm, Estrada goes above and beyond to turn around those who may be less than satisfied by the time he gets involved. 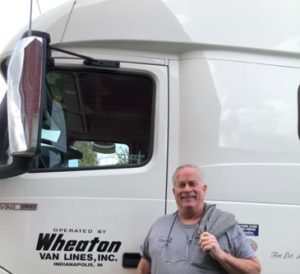 Many years ago, armed with a degree in mechanical engineering, Scott Knight hit the job market at a time where firms were downsizing, not hiring, so he created his own job. Knight and his father opened up an auto repair shop in southern Calif., near George Air Force Base. When the base closed, and everyone tried to move out at once, he switched lanes to become a homegoods mover and not long after that opened up his own moving company. Since then, Knight has overcome cancer and become an eight-time driver of the month for The Wheaton Group. 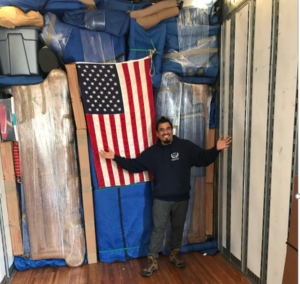 David Zaragoza is one of the most valuable drivers in The Wheaton Group fleet; always dependable, always professional, with an excellent driver rating and accolades from customers. Zaragoza says he is motivated to demonstrate by example for his family. His core belief is to do unto others as you would have them do unto you, and it shows time and again in his interactions with customers.

Each winning driver receives a Driver of the Year plaque from The Wheaton Group, along with a $2,000 cash award.

Everyone at Wheaton is excited to welcome Kevin Miller to the team! Kevin Miller started working at the van line on Sept. 19 as incoming Vice Preside...

How to Stay Organized During Your Move

How to Stay Organized During Your Move Moving can be chaotic, making it hard to keep everything organized. Maintaining order during your move will...

The Cheapest Way to Move Cross-Country

Did you just get that new, exciting job offer cross country? Or are you just wanting to pick up and start over?  No matter what, moving cross co...